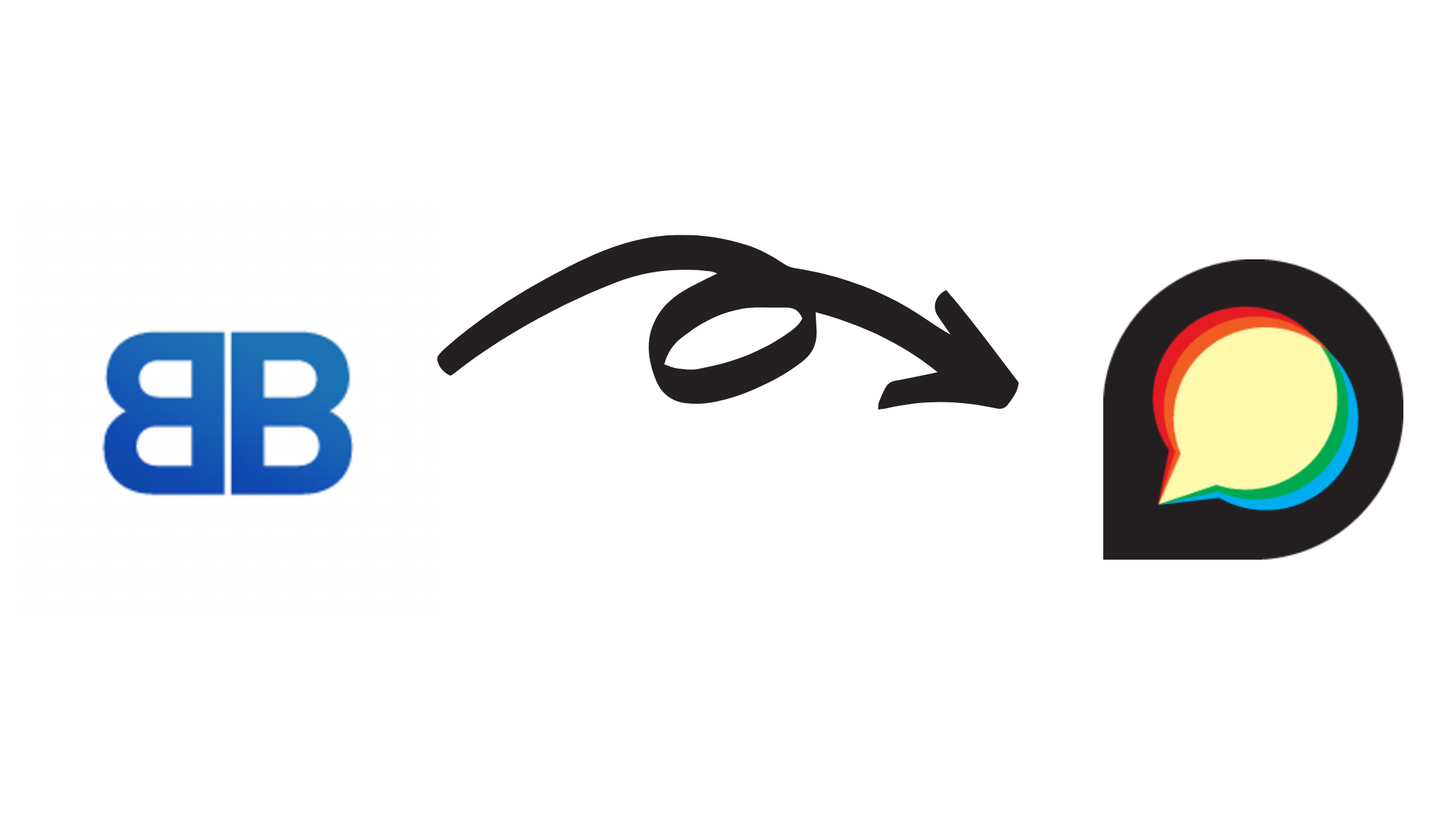 Migrating from Nodebb to Discourse

In this blog post I note some interesting things that I discovered during the migration of the Netdata Community from Nodebb to Discourse. I encountered an interesting bug and I had to deviate a bit from the “official” instructions, thus I thought it would be interesting to write some notes and share them.

Random stranger in the internet, I hope that this blog post saves you some time.

When I joined Netdata in early August, we had just released our forum, based on Nodebb.

According to Nodebb creators:

NodeBB is a next-generation discussion platform that utilizes web sockets for instant interactions and real-time notifications. NodeBB forums have many modern features out of the box such as social network integration and streaming discussions.

The premise of a well-engineered product was proven true, as Nodebb is an extremely pleasant software to work with, offering a modern technological stack which is easily extensible and using npm to vendor it’s plugins.

On top of that, the plugins can be installed without rebuilding the forum, meaning that you can swap them on-the-fly. Great!

The reason we chose to move out of Nodebb is that although the project is awesome and the community is vivid, it’s not as popular as Discourse. This translates to Discourse having a greater number of available plugins and themes. Our community quickly grew with new requirements that would be hard to accommodate with the existing tools at hand.

In other words, in order to bring the forums up to shape, there is more manual work and maintenance required in Nodebb than in Discourse. Which would have been great, since the choice of customization is really wonderful, but I am the only Developer Relations team member at the moment. Thus whatever development I need, I will do it myself, limiting considerably the time I can invest.

Moreover, as I have now spent considerable time in Discourse, while I do prefer some elements of NodeBB, such as the technology stack or the plugin system; Discourse as a whole offers much more control and options.** It’s simply more mature.**

All in all, there is a reason while the grand majority of forums look identical nowadays, and the reason is that Discourse is hard to beat. (Although there are a couple of interesting options oriented more for SaaS products, maybe in another blog post)

In order to migrate, the good folks at Discourse, with the help of the community, have released a migration tool which parses the MongoDB/Redis database of Nodebb and extracts what can be extracted.

There are a few gotchas which I learned the hard way. Let’s see them:

I used to get some bad states in the forum, meaning that some topics would be created they would be impossible to be retrieved after their creation, resulting to a 404 instead.

As there were already internal discussions about the migration from NodeBB to another platform, I did not spend time to pin down the issue, as it was very very intermittent and I had a myriad other things to look after.

After some time, I discovered that the reason for this was the keyword Raspberry pi in the topic name. Every time a topic name included that keyword, the whole topic would enter a bad state, with 404 every single time and manual deletion of the topic (or change of the topic name) as the only solution.

Again, I did not elect to debug the issue any further. That was a mistake.

After talking with the good folks at NodeBB for this migration, I informed them of the bug, in case they wanted to dig deeper to evaluate if this is a wider problem or specific to my instance. They were very happy to investigate, and indeed they found the culprit.

They use a specific regex on their reverse proxy that checks for common file extensions that they don’t serve. One of these files is .asp which without the ^ or $ qualifier can match with raspberry pi. By updating their rules, they were able to fix this.

But, even with finding the culprit, the bad states had been created inside the database and unknowingly to me, they would come back and haunt me during the migration.

When I tried to test the migration, the script was unable to perform the migration and would crash, consistently and without giving much information. With the help of some debugging “print” statements that I put in the script, I found that the script would crash in area of topics import.

At first, it fetches a list of topics, then it starts pulling each topic from the database, and for each topic it pulls all it’s posts.

But, to my disappointment, the script would crash when it it tried to pull the post of a particular topic, the one with the raspberry pi keyword in it’s title.

Apparently, for the Raspberry pi topics, while the topic existed, the post did not, resulting in a null return for post_id and the crashing of the whole script. In Nodebb, the post_id of the first post of a topic, is the mainPID.

Here is the data structure of the bad topic:

Now that I knew the exact problem, I had to think of a quick solution.

Here is the function in mongo.rb that fetches the list of topics from MongoDB.

I assumed that if I removed the particular topic from that list of available topics, even if it exists in the database, the script will not try to import it and thus the migration will succeed.

Thus, I needed to delete the document with "value":"99" by running db.objects.remove({_key:"topics:tid", "value": "99"}) and voila, the migration script was able to progress normally.

Here are the steps for the migration in a bite-sized format:

A last problem that I encountered during the migration was related with the profile pictures that the script tried to import. Apparently some were pulled from the Internet and used some special characters which the script could not parse.

As with the Pareto Principle of 80/20, I am pretty happy with a 80% of the perfect result by investing only the 20% of total effort. I simply commented-out the profile picture functions and went on with my life, and the migration.

Although this will result in a worse user experience, as existing users will have to re-upload their profile pictures, the other option was not viable as I would have to understand what is the exact issue and change the script, possibly learning some Ruby in the process. I simply don’t have the time.

Due to creating the foundations of a Developer Relations program, I have to be ruthless with prioritization, something which I have not done particularly successfully. But, as it’s a process, I learn continuously, and thus I opted to go for the quick-and-dirty solution for this.

In the end, what really matters is to improve the experience of the community as a whole, making sure that it grows steadily.