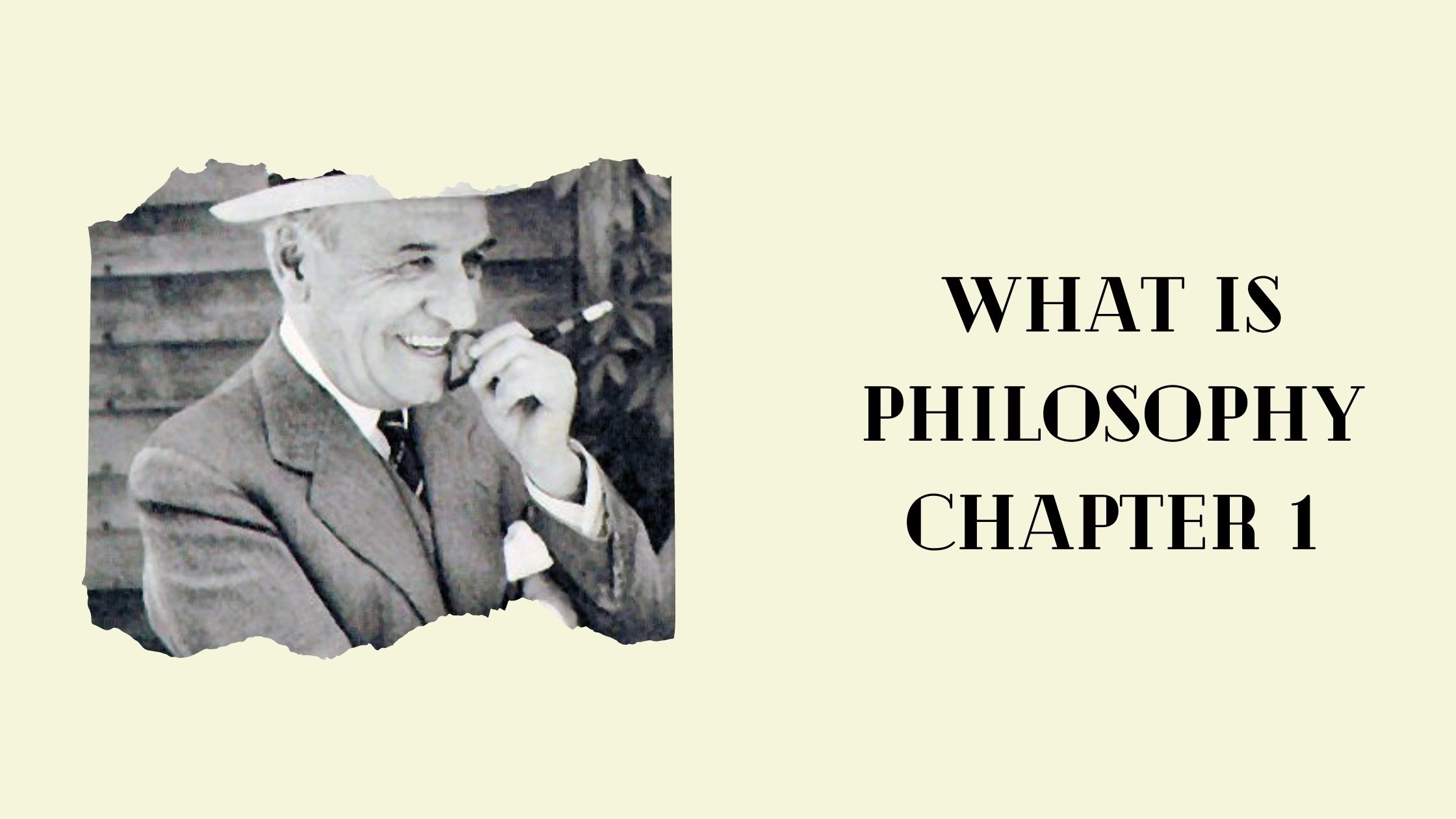 Philosophy Today. The strange Adventure which befalls Truths: The coming of the Truth. Articulation of History with Philosophy.

Ortega starts with an aphorism, stating that in matters of love, art and ideas, there is no value in announcements. If you reflect on these, you will be set apart from others, unaffected by their opinion, as you begin an internal and personal journey. An announced idea “a thought that is separated from the mental road that leads toward it”, is like an island in the middle of the pacific, barren and with no real value. Instead, he prefers to take us from the start, as he did himself before, a journey that is our responsibility to see to the end.

Philosophy, at the time of writing(or rather speaking, since this is actually a lecture) which is around 1930, has seen a recent uptake in the public interest. A renewed interest because people have started to feel a new need for ideas which in turn is translated into a renewed sense of joy or “voluptuous pleasure”. As we will later see, internal needs are accompanied by the pleasure of the senses “voluptuous pleasure is the face that happiness wears”. We are happy when we realize ourselves, we fulfill our destiny, “when we are being that which in truth we are”.

“We have a genius for what we like” - Schlegel

In this era with a “philosophical destiny”, we will start by stating why we approach philosophy differently than in the previous era, which was quite the opposite for philosophers. As Ortega underlines, we will move in circles, not a straight line. The radius of the circles will progressively reduce, as we approach the center, our goal.“The great philosophical problems demand a tactic like the Hebrews followed to take Jericho: No direct attack, circling slowly around them and tightening the curve.

We will start from the abstracts, the foundations and as we move forward, we will discuss more everyday issues, how philosophy can be tied back to our own beings. “ We are going to decent boldly below what each one customarily thinks his life to be”. Although we will be scientific in our demeanor, “clarity is the form of courtesy that the philosopher owns”, thus no jargon will be used, like in other sciences. Jargon, that great dragon that guards his treasures, will not be present here.

We initiated our discourse by stating that this era is a better one for philosophers, a different kind of philosophy. This is like saying that truth can change, the truth of yesterday and is longer applicable today and vice-versa. But the truth can’t change, truth is elemental. An idea can’t change, but the thought is only human. We may forget or rediscover an idea, but we can’t create or destroy it. As Plato put it, ideas live in a place that is above temporal, in a supercelestial region, above time and space. Sometimes, these ideas, filter down from that place out of space and time into our mortal world, they come as thoughts. When we forget them, they simply return to their rightful place.

An interesting analogy that we may use here is energy: It can’t be created or be destroyed, only change form. Ideas, respectively, can’t be created or destroyed, only discovered and forgotten. Let’s pause a bit on this and think about it. Ideas don’t die, thoughts do. We may forget gravity, but that doesn’t mean that it doesn’t exist or it didn’t exist before Newton had the thought of gravity. 2 + 2 will always make 4, whether we acknowledge it or not. To that effect, we can say that ideas are not Lindy compatible, because they are eternal. Thoughts, on the other hand, thoughts live and die.

I have been reading the Ancients quite a bit and every time I am astonished at how pertinent they are. They are speaking about ideas that concern human nature, and those ideas are eternal. It’s no luck that modern literature is simply rehashing principles dictated more than 2000 years ago. We are simply re-discovering them. An argument could be made that human society has changed little over the course of the centuries, at least in principles. Indeed, you can find the comments of Seneca about the psyche of busy senators to be apt descriptions of the archetype businessman of the western civilization.

We are temporal beings, we come and go. We are dust in the wind. Ideas are atemporal.

The question arises, almost naturally, why do certain people think about certain ideas at a certain period of time? Is there an affinity between Newton and the law of gravitation and if so, what is the relationship between the thought and the object of that thought, the law itself that is. Although Ortega clearly differentiates between the thought and the idea, he mentions that history, as a science, should aspire to answer the previous question.

Ortega here gives his first aphorism, saying that the thought has nothing to do with the object or idea that is the kernel of the thought. When we think about the Himalayas, he argues, we can conceive neither its characteristics nor the scale.

Truths, ideas, they do not change. It is men who change, and as we pass through the centuries, we alter our view of the world, our ethics, altering the ideas that we hold dear. Ideas that fall out of place, do not lose value, because if they are true, they remain true. It’s us that we lose sight until the next generations rediscover what we discovered.

Of course, this whole discourse has value really should we agree that the man is indeed a rational being. The ancient and the medieval world seem to arrive at this conclusion. So when history goes to study society, from the primitive times until now, it assumes that there is a reason why men act the way they do. This is a basic assumption, as there wouldn’t be any value in analyzing our history, should we agreed that it was a sum of random activities. Descartes believed that humans are purely rational, incapable of variation, thus history is about the inhuman deviations of men. A log of a series of mistakes and tragic events.

We end this chapter with an enigmatic observation by Ortega, that the 19th century had been a time very negative for philosophy, which was bent to an absolute minimum in the minds of people. If it could be abolished, he says, it would have happened.

Let’s see why on the following chapter.

In the index page for “what is philosophy” you can find the concepts and questions that stood out for me. You can also find a list of people and works that are mentioned in the chapter.